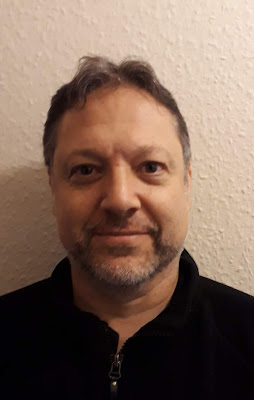 To the website of Stephen Applebaum (@grubstreetsteve): freelance journalist, author and member of the Critics' Circle, London .

I started out as a humble staff writer on VNU Business Publications' What Micro? magazine. After four years of working on different titles in the publisher's stable, I decided to go freelance. I branched out into writing about film and politics, and today am able to tackle pretty much anything thrown at me.

I am an experienced interviewer and have shot the breeze with everyone from Beyonce to Al Gore, Michael Moore, George Clooney, Bill Murray, Terry Gilliam, Vidal Sassoon and Jesse Eisenberg.

My work has appeared in a wide variety of publications and different media internationally, including the Guardian, The Independent, Time Out, The Scotsman, The Times, the Sunday Times Culture, Vogue Australia, What's On in Dubai, The Jewish Chronicle, The Big Issue, The Herald, Rolling Stone, The Australian, the Sunday Times Perth, The West Australian, BBC Online, The Listener, Filmfour.com, Total Film, Dazed & Confused, and Metro.

In 2008 I was nominated for an Australian OPSO award for a newspaper story about the film director Tamara Jenkins.

In 2012, a newspaper story I wrote for The Scotsman about Robert Rodriguez supplied the concluding interview in the book, Robert Rodriguez: Interviews, edited by Zachary Ingle.

I am the author of The Wicker Man: Conversations with Robin Hardy, Anthony Shaffer & Edward Woodward, which is available here: http://www.amazon.co.uk/The-Wicker-Man-Conversations-Woodward-ebook/dp/B008COOH2S

I attend the Berlin (February), Cannes (May), Venice (September),  and London (November) film festivals every year, and I am available for coverage of those events.

If you would like to commission me, or reproduce any original features/interviews posted on this site, please email me in the first instance to discuss a project/rates, or contact me via Twitter: @grubstreetsteve.

I am available for:

Visit the sidebar on right for links to some of my published work, and blog archives.

Benh Zeitlin on Wendy, his wild re-imagining of Peter Pan 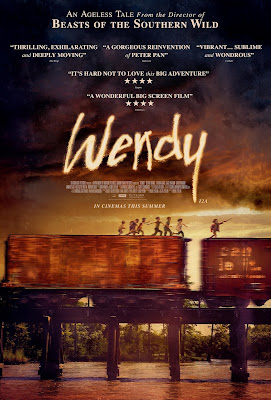 Film-maker Ben Zeitlin's debut was an Oscar-nominated success. But there was a long wait for a follow-up.

Benh Zeitlin is one of the most unconventional filmmakers I have ever met. Born in New York to a Jewish father and Protestant-raised mother, both of whom are urban folklorists, the 38-year-old was thrust into the spotlight in 2012 when his ambitious debut feature, Beasts of the Southern Wild, became the talk of the Cannes Film Festival, before garnering four Oscar nominations.

Until then, he had operated in his own bubble, crafting artisanal shorts as part of a collective of like-minded creatives called Court 13. Beasts, a dynamic bayou fable told through the eyes of a spirited six-year-old girl, put them on the map, and left many excitedly wondering what they would do next. Incredibly, it has taken until now, and the release of Wendy, a loose and passionately-realised adaptation of Peter Pan, written by Zeitlin and his sister Eliza, to find out.

“The Oscars were like visiting another planet,” recalls Zeitlin from his home in New Orleans. He fell in love with the city while filming Glory at Sea, the poetic short that opened the door for Beasts, in Louisiana, less than a year after Hurricane Katrina. Then, “it was like a ghost town, and really dangerous,” he told me in Cannes. He’d been planning to return to New York. “But, right near the end, I started to realise I was not going to go back. That I somehow had my feet stuck, essentially.”

No wonder the Oscars, with their glitz and feverish media buzz, made him feel discombobulated. “It was a world that I had only seen on television,” he says today, “and it felt like being propelled into a TV show. It was mind-blowing and incredibly surreal. And, you know, amazing.”

If there was external pressure and expectation, it wasn’t this that concerned Zeitlin and his collaborators, so much as that the rights to their next film were owned by Fox Searchlight (now Searchlight). Beasts had been backed by Cinereach, a non-profit that allowed the filmmaker to work in the same organic, intuitive, time-consuming way he’d always done. This was unusual in an industry where “efficiency becomes kind of the number one principle,” says Zeitlin, explaining that when they cast a film, “we’re going to search until we find the one person who can play this role, no matter how long that takes, and wait to shoot the film until they’re exactly the right age. . .  Obviously, this film took took a very long time.”

Read the full article at

Ghost World turns 20 this year. I talked to director Terry Zwigoff and graphic novelist Daniel Clowes for its original release. 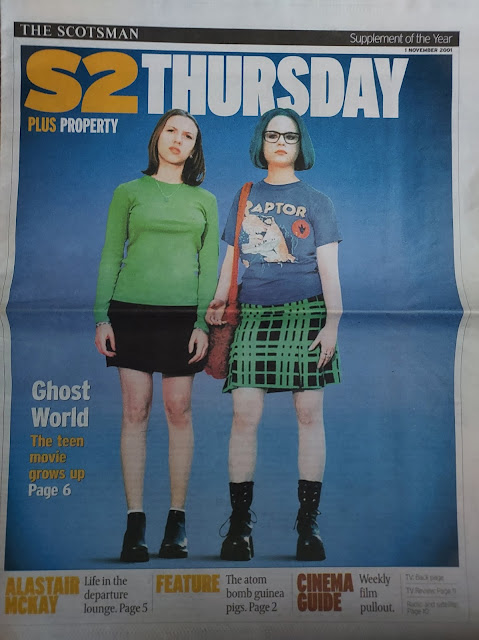 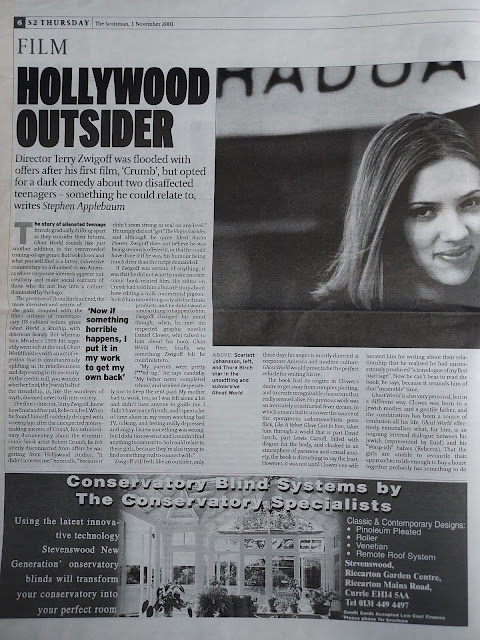 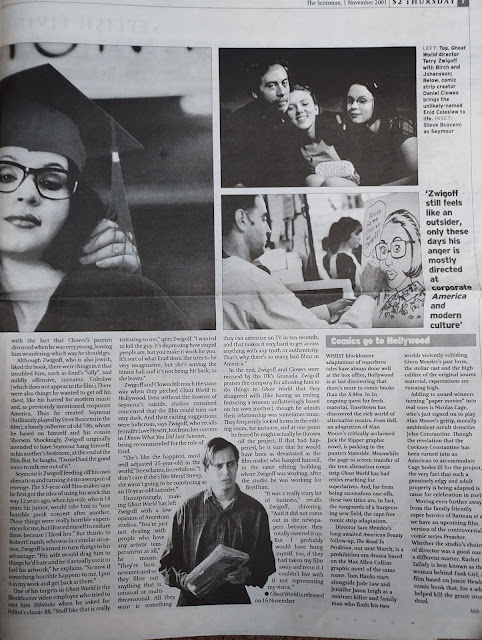 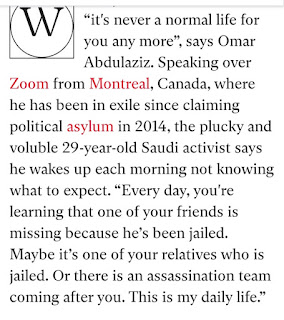 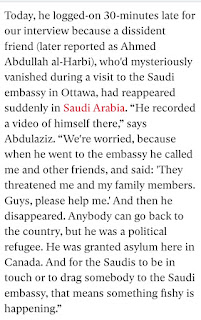 For the full story, click here: https://www.independent.co.uk/independentpremium/long-reads/the-dissident-documentary-jamal-khashoggi-b1810306.html?r=7957
Posted by Culture web at 10:52 0 comments 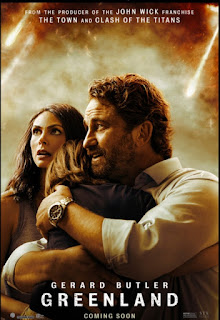 Delayed due to the closure of cinemas, Greenland's arrival in the middle of a pandemic makes its anxiety-inducing, apocalyptic atmosphere feel uncomfortably timely.

Butler, playing yet another everyman, is reliably solid as John Garrity, whose marital problems are put into perspective by an incoming comet that will send mankind the way of the dinosaurs in 48 hours' time. He, his wife and son are among the lucky ones selected for evacuation to a secret bunker. But, in a world filled with scared people desperate for the wristbands that show they've been chosen, getting there won't be easy.

Greenland's strength lies in its intimacy in the midst of an event whose global scale is relayed via news reports. We stay close to the family as they travel through a disintegrating landscape of givers and takers, stressfully experiencing every ounce of their fear and dread. There are bursts of sfx action, but it is the film's human-sized focus, groundedness, and attention to detail that ultimately keep you gripped

Greenland is on Amazon Prime now

"I've just read your Narnia piece. It's terrific. Just what I'd hoped for." Miriam Cosic, The Australian

"Keep the ideas coming. I am very much enjoying your pieces." David Lister, The Independent

"Your piece is one of the most comprehensive, eloquent, and powerful discussions of the film I have read." Joshua Oppenheimer, director of The Act of Killing

"Stephen, this is a fabulous piece; you did a superlative job in communicating the film and its essence." Erik Greenberg Anjou, director of Deli Man

"I have to thank you. It's a very good [Mein Kampf] article, which you have written; it reflects very sharply and especially fairly the various positions." Dr. Christian Hartmann, Institute of Contemporary History Munich